All the Things You Should Know About Religious OCD in 2020 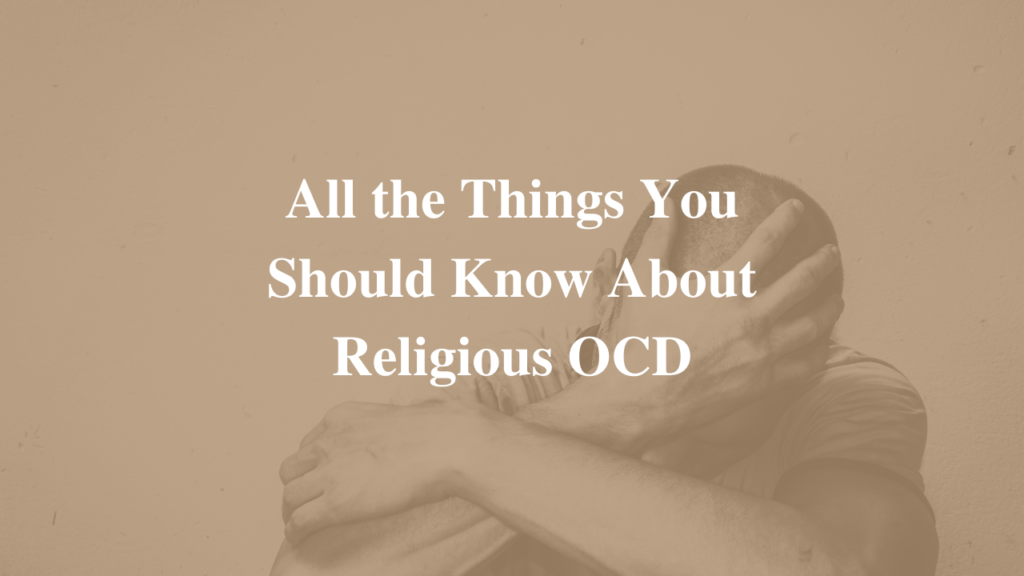 Do you believe in ethics more than anything else, and not following your ethics gives you anxiety? Do you think you are extra sinful? Does thinking wrong about God make you anxious? Are you afraid that you are mentally ill? You may or may not have a mental illness called Religious OCD or Scrupulosity.

Do you believe in ethics more than anything else, and not following your ethics gives you anxiety? Do you think you are extra sinful? Does thinking wrong about God make you anxious? Are you afraid that you are mentally ill? You may or may not have a mental illness called Religious OCD or Scrupulosity. Let’s find out all the aspects of Religious OCD including, its history, properties, symptoms and most importantly, its treatment. So, without wasting time, let’s start our discussion.

OCD is simply an abbreviation of Obsessive-Compulsive Disorder. It is a mental illness in which a good or evil thought or a reminder comes to our mind repetitively and creates stress, anxiety and an excessive amount of moral emotions like, guilt, shame, fear etc.

There are many examples of it like you think repetitively if you have closed door or not if you have changed your ATM pin, what if your dad picks up your girlfriend’s call. Deep inside, you know that this can’t happen, but you can’t stop yourself being afraid or guilt of these things. It is called obsession.

Then you take action to console yourself, you check the door, you take your phone, you ask your wife about the gas. It is called Compulsion. It gives you small satisfaction but the moral emotion or anxiety returns after some time. Combining both terms, we get the name of the illness, Obsessive Compulsive Disorder or OCD.

What is Religious OCD:

Religious OCD is also named as Scrupulosity. It is a type of OCD, in which your emotions related to God, Religion or ethics are involved. It is the most common type of OCD in India. In this type of OCD, people are either afraid of doing sin or feeling guilty that they have done something sinful. Sometimes people also think foul of God and just after a moment, they realize it wrong. This leads to guilt. It is also involved in Religious OCD.

Back in the sixteenth century, it was observed with some monks that they are involved in excessive prayer. They are found to be trying to achieve a state of the perfection in holiness or say an unrealistic form of piety. Later it was found that this is not a kind of mental illness.

People, suffering from Religious OCD are called Scruple, that means the one who has a fear of God. This type of people think that their actions must please God, and his behaviour and thinking must get the sensation of God. If they do something else like we humans so to entertain ourselves, they think that they have done in and they feel a kind of guilt. They try to normalize it doing holy compulsion like, an excessive amount of prayer, donation or going to some sacred place.

Some people think that they would have met God till now, or they would get a sign of God, only then their life is meaningful. Some people believe that we are born on earth, not on heaven because we have done sins in our past life. We must atone for getting moksha or something. These are also included in Scruples. They do unusual compulsion like keeping fast, walking on fire, mainly harming themselves.

The most common type of scruples are the people who get evil thoughts about God, and they think that if they have a sinful thought, they have sinned. This might be related to a real-life problem. There are things like, having evil thoughts about God, our own religion or any other religion, not praying on the exact time, being distracted during prayer is sinful, that are common in scruples. Right After that, they do compulsion by repeating prayers, doing something holy etc.

Religious OCD need not to be Religious:

We may think that religious OCD is always related to God but believe me, it is not. The area under the curve of Scrupulosity involves the study of ethics and rules. They may or may not be religious. It is about doing the right thing right. If we don’t do this, we have to pay for it. This fear becomes enormous and take over us and become the reason of depression.

It can be about submitting of college assignment; we might have a suspicion or guilt of not submitting on time. It may be related to our experiences as well. I had a Hindi teacher in 12th who had ethics like never coming late, always doing work on time. One day, he got late. And he was afraid of the result. Because last time, he got late in a session, was terrible results. He said he had to leave the institution. We think that if our ethics break that we have lied to ourselves, that leads to erroneous results.

Everyone gets intrusive thoughts, but this doesn’t necessarily mean that you are suffering from Scrupulosity. If these thoughts can cause extreme anxiety and discomfort, and even after trying hard, they are not escaping, then you need to worry. You may engage in rituals to ensure you’re meeting God’s or society’s standards of correctness and have a fear of breaking them. How do we get to know that we have that mental illness? There are some symptoms like-

Treatment of religious OCD is also possible as the other subsets of OCD. It is done by a technique called Exposure Response Prevention Therapy or ERP. In this therapy, the patients are said to do the things that cause OCD or obsession. Then their mind will automatically say them to do the Compulsion, but they have to control overdoing this. They have to conquer their mind of being stressed by these thoughts. That takes a couple of months to recover.

The other theory is called Cognitive Behavioral Therapy or CBT in which the patients are taught to identify the causes of negative thinking and replace them with positive habits by their assertive behaviour.

Hypnotherapy: It is the best option to win the battle with OCD in the present scenario. In this option, you are provided online counselling by our experts. If you want to have an online session with our experts, you can contact us.

You can take counselling sessions on parenting and relationships also.

Thank You for Reading.

Get Free Consultation from our experts

I am a psychologist and my goal is to partner with you to enhance the quality of your life.

Made with ❤️ by Himanshu Singla